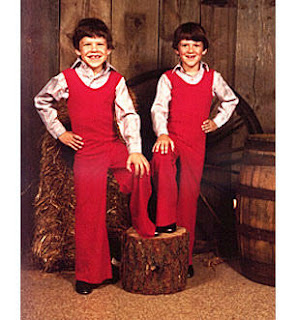 Unlike many of my high school chums, I did not take part in a European backpacking adventure following graduation. At the time and in the years since I was busy making lil’ movies, with the hopes of eventually getting accepted into a festival abroad. My sibling Nathan and I work together, and last fall we eagerly submitted our most recent film “Redemptitude” to The Berlin International Film Festival (Berlinale to Non-Amuricans). And low and behold…we got rejected.

We did however get accepted into the Berlinale Talent Campus, a sidebar of sorts to the festival itself, where five hundred chain-smoking filmmakers from over one hundred countries convened, attending panels during the day and seeing the festival films at night. Not as cool as actually being in the fest, but they covered a good portion of your travel expenses so it sounded great to me. Due to an error we made on the application [I heard you filled out “Zellner Brothers” on a single application –ed.], only I was accepted, so unfortunately Nathan stayed stateside.

My knowledge of Berlin was fairly limited. Most of the historical factoids I had to memorize in school had long since leaked from my brain, and I was too busy prior to the trip to give myself a refresher course. I knew there was a wall, called “Die Mauer”, that separated East and West Berlin until 1989 when David Hasselhoff encouraged everyone to tear it down as he gleefully sang atop it. My rudimentary understanding of the language itself stemmed from an Apple II videogame I had in the early 80’s- Castle Wolfenstein, which featured threatening digitized phrases in garbled German. 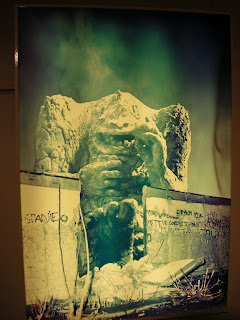 I took this photo in the Berlin Wall Museum. Along with history factoids, the place was cluttered with really ridiculous art, and this was my fave of the bunch, a depiction of Rock Biter from "The Neverending Story" eating The Wall.

I saw a handful of films screening at Berlinale, and the Talent Campus was fine, the highlight being a cinematography panel with Anthony Dod Mantle and Christopher Doyle. What started out being insightful devolved into Doyle shuffling around the stage in a drunken stupor mumbling and chuckling to himself. I thought this was a unique and novel spectacle on his part, but when I excitedly told people about it they informed me it was the norm. Burst my bubble. 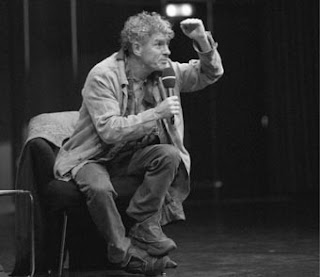 [I, for one, enjoyed hearing of Doyle’s rants, his questioning of Mantle doing big budget films - while Doyle shot the remake of PSYCHO, his shoes with no laces and the tongues pulled out, the way he only took questions from women, and when he dropped a full bottle of beer on the floor and then dramatically ran away. The best imagemaker on Earth in a couple of ways. –ed.]

The most exciting part of the trip was exploring the city itself. The architecture, the history, the museums, monuments, culture and street meat were all incredible. A cranky old British guy named Terry showed me the nondescript, unmarked remnants of Hitler’s bunker- a metal panel disguised with shrubs in middle of a parking lot for a snazzy prefab apartment complex (right beside the complex’s playground). 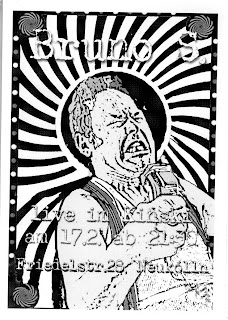 I journeyed with Mike Plante, Mr. Cinemad himself, to the Kinski Bar, a tiny hole in the wall that served as a shrine of sorts to all things Klaus Kinski (and Werner Herzog, for that matter). Being the unabashed Herzog fanboy that I am, I was in absolute heaven.

While there, Mike had learned that the one and only Bruno S., unique star of Herzog’s “Stroszek” and “The Enigma of Kaspar Hauser”(I much prefer the alternate title “Every Man For Himself And God Against All”), was to be performing at that very place later in the week, playing his trademark accordion and xylophone.

HOLY SHIT. Bruno S.! I’d forgotten that he was from Berlin, and assumed he was dead since he’d been out of the public eye for close to thirty years. When Mike shared this information with me I was a pathetically giddy sonofabitch, not quite as giddy as an eight-year-old Mexican girl meeting Menudo, but close. Unfortunately for Mike he had to return to The States before the concert took place, so I’d have to venture alone for the return visit a few days later. 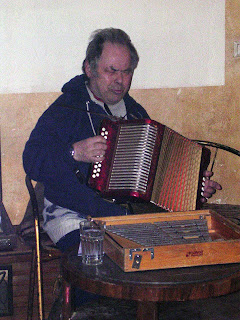 On Friday night I took a thirty-dollar cab ride back across town to the Kinski; I arrived there extremely early to ensure a seat up front, one of the first times I’d been early to anything. I sat there alone, and eagerly waited, sipping my Afri Cola since I didn’t feel like drinking. I kept checking the camera in my pocket to make sure it still had enough battery power. Then I checked my watch. Then I looked around and started over again. I was the only foreigner, and I appeared to be the only GaGa McFanboy, since most everyone else was doing what you’re supposed to do at a bar, drinking, socializing, etc. I wanted no part of that, I just wanted Bruno.

Two hours later he arrived and I was instantly starstruck. Most of the folks either didn’t know who he was or didn’t particularly care. I made up for it though, watching his every move, waiting in anticipation for the show to begin. I’d been afraid he’d be decrepit or senile, fortunately he was neither. He appeared healthy enough, hair now grey and a bit heavier, but other than that he was the same old Bruno from the movies. He was very shy but seemed happy enough to be performing for us.

While he played they projected Stroszek on the wall behind him. Occasionally, in-between verses, he’d trail off, sporadically playing his accordion as he turned toward the wall and watched himself in the movie with a dazed-like trance. So wonderfully surreal. 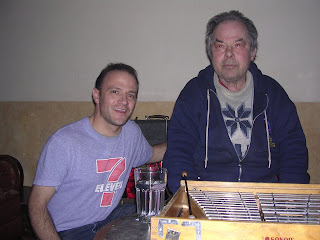 After the gig I got a bilingual bartender to ask Bruno if I could take a picture with him, he graciously complied and then I called it a night.

The only thing that could remotely compete with my Bruno adventure took place the following evening at a tiny, no-frills cabaret called Kleine Nachtrevue, another place loosely recommended to me by Mr. Plante. I arrived shortly after one A.M. in a drunken stupor. With me were a handful of friendly Canadians as well as my longtime chum and fellow filmmaker John Bryant, who was coincidentally in town for a screening unrelated to Berlinale. The place was dead before we showed up, maybe one or two folks in the audience, tops. Then this hoard of Ugly North Americans storm in just as the entertainment is set to begin. The staff consisted of three people- a tall, skinny blonde woman who switched back and forth between waitress, bartender and cabaret singer; a zaftig, extremely buxom woman who also juggled those duties; and the emcee/bartender/manager/occasional performer, a classy, older gay man who was extremely friendly and accommodating to our group.

The place was dead before we showed up, maybe one or two folks in the audience, tops. Then this hoard of Ugly North Americans storm in just as the entertainment is set to begin. The staff consisted of three people- a tall, skinny blonde woman who switched back and forth between waitress, bartender and cabaret singer; a zaftig, extremely buxom woman who also juggled those duties; and the emcee/bartender/manager/occasional performer, a classy, older gay man who was extremely friendly and accommodating to our group.

Not only was there no cover charge, but they gave it their all and actually seemed to really enjoy performing, regardless of the fact that the place was mostly empty. The skinny girl and big girl took turns performing various musical numbers in their native tongue, but we got the gist of it. Their costumes were elaborate, crazy and inspired, everything from a breakaway nun’s habit to a tattered fishing net ensemble complete with plastic crustaceans covering the private areas.

The emcee performed a couple tunes, including All That Jazz, accompanied by backing music on a worn-out cassette player. At various points in the song the audiotape would begin to warble with wild irregularity, catching him off guard and screwing with his timing, speeding up/slowing down. Afterwards he ran over and rewound the jammed cassette with his pinky.

By this point they’d run out of material and invited anyone from the audience to perform a song. Selection was limited and random, just a couple of karaoke CD’s to choose from and their lack of a karaoke screen meant you had to know it by heart. Of course I leapt upon stage and thrust myself through the shiny metallic curtain. I sang Jambalaya by Hank Williams, which I did fairly competently. Then I attempted the German version of 99 Red Balloons by Nina, which I completely bastardized except for the part where she talks about Captain Kirk. 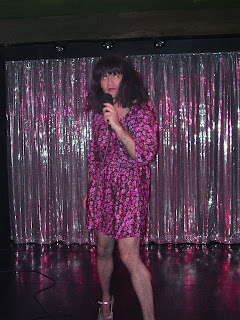 The ladies were so accommodating that for my final song Those Were The Days, they welcomed me into their well-stocked dressing room and suited me up in drag. Out of nowhere they pull out size twelve (in Men’s) spiked heels, complete with fishnet stockings. This is not my normal cup of tea, but I like adventure and was always a fan of Bosom Buddies, so I said to hell with it. I capped off my sloppy, drunken performance with my sole athletic/dance move- the splits, all the way to the ground. Both the Krauts and Canucks seemed impressed.

I don’t think I could’ve had more varied, adventuresome experiences during my stay there, Berlinale itself was just the tip of the iceberg. I loved Berlin and ate it all up like the big jelly donut that it is. -David Zellner

Top photo taken from Zellners' MySpace page, I think David is on the right. Chris Doyle photo from the internet. The rest from Zellner.