Confessions of a Short Film Programmer. 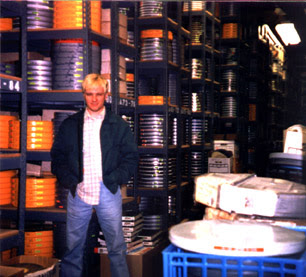 In 2004 I wrote about watching thousands of short films and crap I noticed. Waking up to an alarm clock in the first shot - drinking from the Jack Daniels bottle - hot sex with no nudity - changing clothes montage in front of the mirror... I'm sorry, its time for some new ideas.

Find the article here at Filmmaker magazine, one of the last mainstream mags with quality writing.

One of the things I did not mention in the article: why do film schools try to teach students by showing them features and then expecting them to emulate what they have learned inside of a short?

As you can guess, it is quite hard to tell a deep story, to establish characters, to create a world within 5 to 15 minutes. And once you go over 15, it had better be amazing or audiences will start to drift. There are shorts that succeed in all these ways, but not many.

Yet students are not watching amazing shorts by filmmakers who may have been on the same level with similar resources, or more importantly, at the same creative stage. At age 18 or 21 or 25, you may be able to recognize the talent behind Ford and Hitchcock, but how can you possibly translate similar film structure and metaphor into a short when you are learning? It would be better to simply watch certain scenes and learn editing and composing shots, using sound and pacing, for example.

At the end of the day, students are spending time and money at schools in order to learn how to be a filmmaker. How many are going to be successful, or are even talented? 1 in 100? 1 in 10,000? And with the wisdom of someone at 21? Just teach them the tools. The Cassavetes are going to create themselves.

Regardless of that, universities should serve all students equally. Let them rent the famous shit on their own. Show them short films because that is what they are required to make at their level. And pay the filmmakers of the shorts some rental fees, as they may have learned from a school and are now making it on their own. Let me know if you need the names of some good films.