from the archives: Brakhage meets Reggio 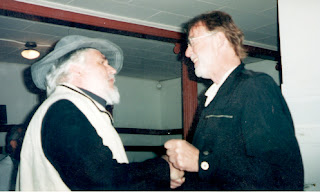 *Reggio completed his trilogy after this article, with the film NAQOYQATSI in 2002.
**Brakhage did move to Victoria, BC, Canada, in 2002, where he passed away the following year.