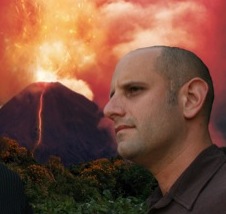 Ross Novie has been an A.D. (Assistant Director) for almost two decades now, known as the “go-to TV comedy A.D.” or “if you want to film in Africa talk to him.” He worked on Arrested Development, It’s Always Sunny in Philadelphia and more shows and movies with a bunch of people you’ve heard of. He’s destroyed things, cued a volcano and keeps the air conditioning on.  He has made a ton of short films too, plus he directed, co-wrote and produced a show called Secret Girlfriend on Comedy Central. We talk about what he does, fame, and try to see if he has any dirt on people so we could bleep out names.


bookmarks: "Popcorn Bop" by Permanent Voltage
all podcasts are available here for streaming or download, and on iTunes for free under Cinemad in podcasts.