Two great shows are coming on the next two Mondays at REDCAT in downtown LA: 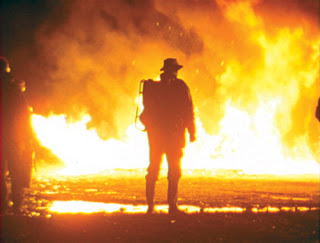 O'ER THE LAND
Deborah Stratman's new feature takes us into the wild wild world of, well, America - exploring battle reinactments, RVs, gun shows (the kind where you can shoot something and it will blow up) and the incredible story of an airman who parachuted from his plane only to get caught in a thunderstorm for 45 minutes. Stratman's tone and camera is controlled yet playful, with beautiful imagery and far more humor than you would expect. What the hell is going on in this country? The freaking wild west never ended. 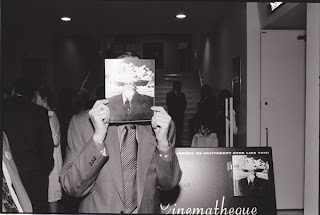 BRUCE CONNER'S EXPLOSIVE CINEMA: A TRIBUTE, PART 2
Bruce Conner was one of the first to rework found film footage into new short films, but that's not what makes him one of the greatest. His movies examine politics and celebrity, sex and violence, using images you may recognize but with his notable hand in the mix. Although he was adored by academics and the art world, Conner was not interested in making everyone happy. He made films because he had something to say. Sadly, he passed away last year.

The Cinemad interview with Bruce Conner is available here.