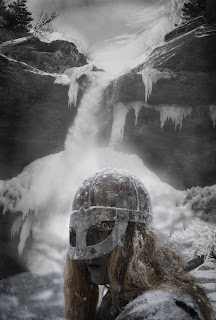 A graduate of Bard College, filmmaker Tony Stone’s first feature, Severed Ways: The Norse Discovery of America, unleashes an almost-new genre – the indie historical drama. It might also be the ultimate heavy metal video. Based on historical research, Severed Ways follows two Vikings stranded in medieval America, encountering both Native Americans and monks, everyone trying to survive. It is deeper than an action film as the Vikings are complete characters, violent but missing their girlfriends. In a way, Old Joy with Vikings.

Shot on mini-DV, the result is stunning, a period piece that looks like a painting but feels like an inside view with characters even speaking in Norse language.