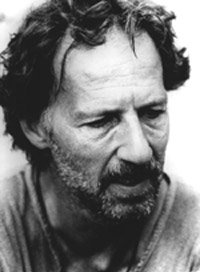 Let me get the fanboy shit out first: This is easily one of the best box sets I will ever own. Finally a huge collection of the legendary director’s work, whose behind-the-scenes stories make any American director’s complaints about filming seem like a kid whining about recess. Since his first short film, the now minor Herakles (1962), Herzog has thrown himself to film philosophically and literally to making images, with a career filmography not of blockbusters and stars, but of compelling stories and outsiders as heroes.

Werner Herzog is one of the few filmmakers in history to make consistently great films across different formats – films from 10 minutes to over 2 hours, in both fiction and documentary. Maybe only fellow countryman Wim Wenders is close in scope, while Martin Scorsese has made a small handful of docs, and pure documentary filmmakers, like the innovative Errol Morris, have not had success with narrative features.

The box set has six discs with various languages and subtitles. What makes this truly significant is how hard these films have been to see outside of film festivals and the odd retrospective series. Even with the popularity of Herzog’s narrative features (Aguirre: The Wrath of God, Fitzcarraldo) only one in this box had a wide DVD release – the poetic landscape portrait of the Kuwaiti oil fires, Lessons of Darkness, previously found with a second disc of the rare Fata Morgana, while Wodaabe: Herdsman of the Sun has been long out of print on VHS and Land of Silence and Darkness only recently came out on DVD under the radar of the press. The rest are rare to impossible to find until now, with four shorts available on a disc from England, and the lucid doc about Herzog himself, I Am My Films, previously getting tossed around on a bootleg vhs made from a 16mm print somewhere in the world. 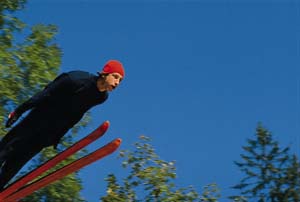 What is apparent in this collection is Herzog’s enduring knack of telling a unique, true story. Yes, you can go on Google and find an interesting subject no one has heard of. But a group of people who are both blind and deaf and still communicate with others? A woman who survived a plane crash then two weeks alone in a jungle? A tribe in the Sahara who consider themselves the world’s most beautiful people? A “documentary” on mirages? Herzog knows a good story.

Then examine the way certain subjects are handled by Herzog. This is his genius. A doc on auctioneers – as a new language. The story of a ski jumper shot in super-super-slow motion, with Herzog talking about him like he was saving the world from killer meteorites. And you believe he could.

Or the deceptively simple Lessons of Darkness. Sure the landscape shots of the Kuwaiti oil fires are stunning. But Herzog’s narration (available in both English and German) and his filming style breaks the situation doooooown. The landscape is described not as Earth but “a planet in our solar system.” The fireman putting out the fires are studied as madmen on the loose. 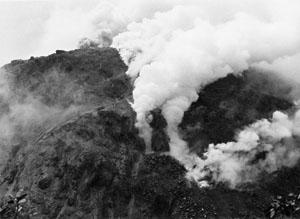 Or combine these two facets of the Werner with the short doc La Soufriere. Herzog heard about a volcano island about to explode. In the island’s only city, it was reported that a single man refused to leave. Herzog HAD to go to this island to find the man. He took two cameramen and went to the city, where even the snakes had deserted the town. He found both the man and a creepy city that existed only then, only there.

The set is not a complete collection of the man’s work. That would be too mammoth. But with many of his recent titles becoming available – The White Diamond is a great, already-neglected film – the Herzog shelf at the video store is getting closer to perfect. 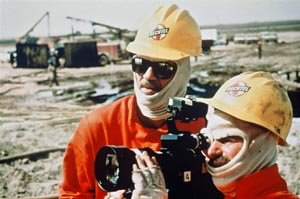 Herzog himself would shy away from the hyperboly. In interviews he insists he is just a man telling stories and feels his audience shares the dreams he has. It’s just that Herzog is a lot better at illustrating those dreams than the rest of us.

Look - this review is obviously for people who are only slightly aware of Herzog, like they have seen only Grizzly Man. Anyone that knows of Herzog is already out the door: “Herzog box what? Oh fuck – I’m there.”