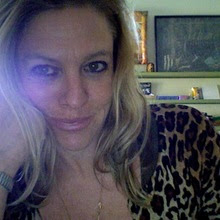 Called “Brilliant, one of the most provocative artists in film today”
by The Los Angeles Times, Nina Menkes's radical and pioneering work synthesizes inner dream-worlds with harsh, outer realities. Her seven films are a body of work Sight and Sound has called “Controversial, intense and visually stunning.” We talk about her films, the notion of the avant-garde tag, her teenage witch school, violence in cinema, freaky animals and her new film, DISSOLUTION.